In 2011 genomic selection (GS) was implemented in Swiss cattle and large-scale genotyping data became available. This significant change enables now a comparative approach between identification of haplotypes with reduced or missing homozygosity and GWAS for specific traits with available routine phenotype records. Both approaches have been performed using routine Swiss cattle data and have revealed genomic regions at significant level in homozygosity screens and in GWAS runs. WGS data was generated from informative samples and increased coverage of observed genomic regions.

Variants from regions under evaluation were selected for a tailored array design and combined first with known causal variants from the OMIA database but also with genome-wide protein-changing variants with predicted high, moderate or low impact. Array design was carried out using Axiom Microarray Genotyping Technology and resulted in a 310K array, at which 200K new variants were combined with 110K variants from the previously established routine GS system.

After thorough validation of the 310K-array, population-wide genotyping was done under the umbrella of routine GS where segregation in Swiss cattle was observed for a small number of OMIA variants that were believed to be absent before.

Second, genotype archive data was imputed to 310K-density after several thousands of routine samples were genotyped successfully. GWAS runs were repeated on 310K-density and compared with results from routine density. A full comparison of GS prediction accuracy is currently still ongoing, but 310K-based GWAS results indicate already an outperformance of routine results from previously known QTL regions by pinpointing several protein-changing variants as most significant associated markers. For example, the DGAT1 K232A variant for fat yield, or the APOB loss-of-function variant for heifer rearing success illustrate both, a proof-of-concept and the power for the detection of further causal variants in future. 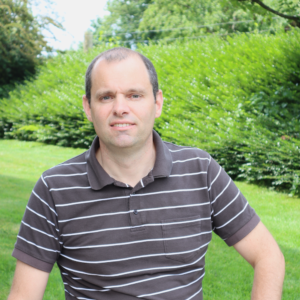 Team Serie: Who is Urs Schnyder? 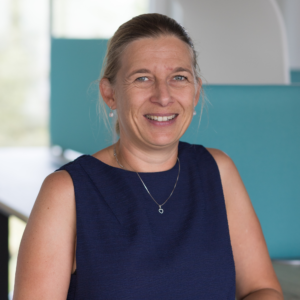 Team Serie: Who is Nikoletta Gautschi?